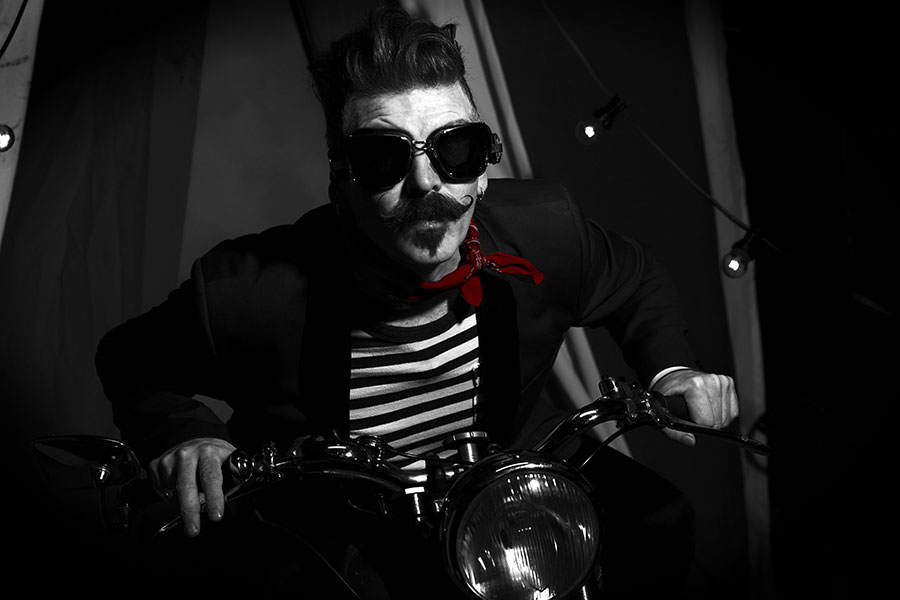 He’s one of Ireland’s most enigmatic and entertaining performers to the point where Ireland’s biggest music and arts festival, the Electric Picnic have for the past six years afforded him his very own stage.

What a year 2018 was for Jerry Fish, his tent at Electric Picnic doubled in size, “The Jerry Fish Electric Sideshow” now in a big top, has become one of the main attractions at EP. He also reformed his 90’s alt rock band An Emotional Fish this year to deliver a mischievous and magnificent set, causing a pitch invasion at Féile Classical and has just returned from a sell-out show in France.

An indie legend and ringmaster of exceptional renown, Jerry Fish has evolved into a showman extraordinaire, capturing the hearts and minds of audiences all over with his now legendary live shows, a unique live theatrical experience that dissolves all boundaries between performer and audience.

Mr. Fish’s genre bending and idiosyncratic style of entertainment has made him a household name within the Irish Music industry. With two Platinum selling solo albums, an MTV award and IRMA Music Award, and a solid reputation as a supreme and spectacular showman.

A highly charismatic performer who refuses to countenance audiences having anything but a good time, accentuating the positive and bringing smiles to troubled faces with his swaggering vocal, generous and infectious smile and that fantastic vaudeville moustache.