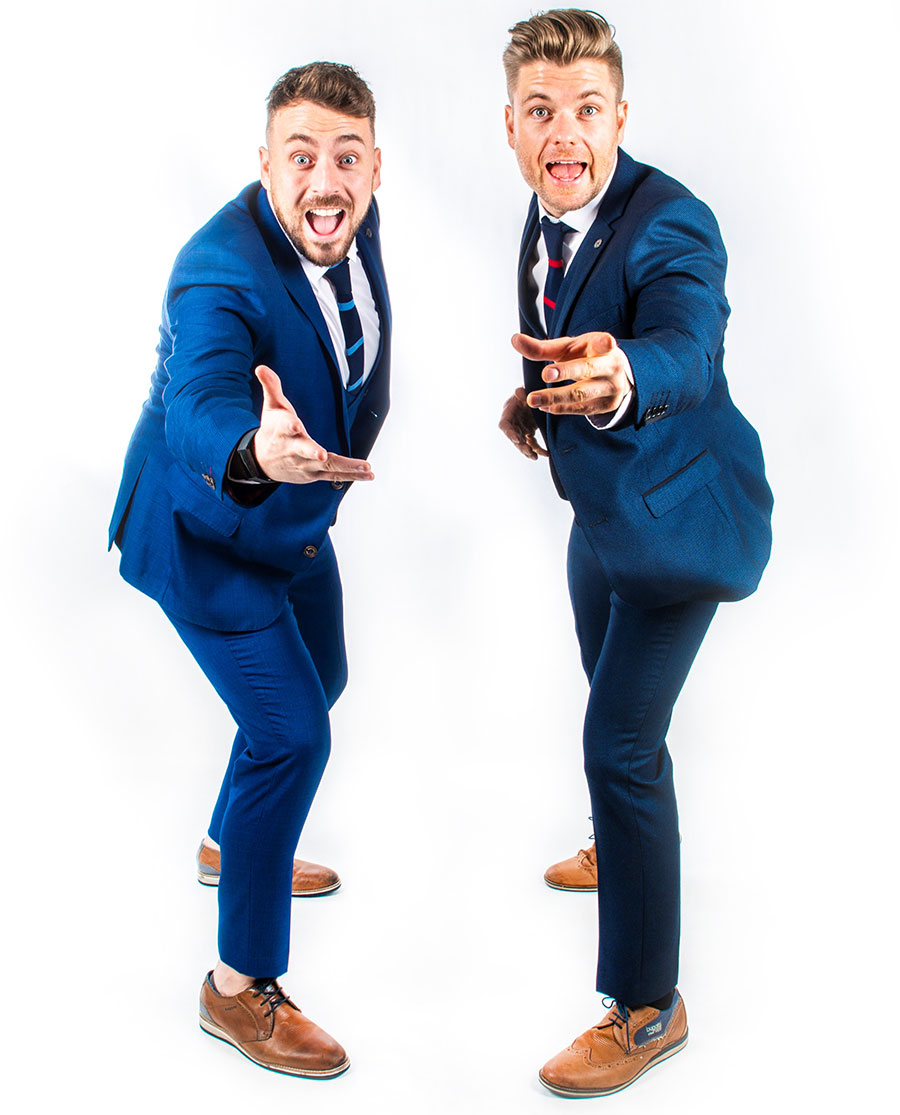 The 2 Johnnies are a hugely popular and hilarious Music & Comedy Duo, Johnny B (O Brien) & Johnny Smacks (McMahon) from Tipperary. Known for their comedy sketches and songs that capture the uniquely funny side of all things Irish, the 2 Johnnies have become part of the fabric of the Irish Entertainment scene and they are only just getting started!

Fresh off the back of 2 sell out nights of their live podcast show in Dublin, their Christmas show in Whelan’s sold out to full capacity in 24 hours and now the boys set off on the high roads and highways of Ireland for their first ever nationwide tour.

Over the past 12-18 months the guys have performed in Ireland, UK, and USA & UAE to sold out audiences of over 20,000 people! Such is their appeal and their strong base of loyal fans! And this is before their first ever actual tour!

Their YouTube channel has had over 8 million views and their “The 2 Johnnies Podcast” has been No.1 in the Irish Podcast charts 38 weeks in a row, that’s every single episode for the past 7 months. And the incredible stats just keep on coming! 170,000 followers on Facebook, 76,500 followers on Instagram, a further 30.7k on each of their personal Instagram pages, 80,000 followers on Snapchat and 4 number 1 songs in the Irish iTunes charts.

Their ‘Get Loose’ tour is a mix of sketches, stand-up comedy and songs from Internet sensations & the makers of Ireland’s funniest Podcast. Hear the stories so loose, they couldn’t be broadcast!!