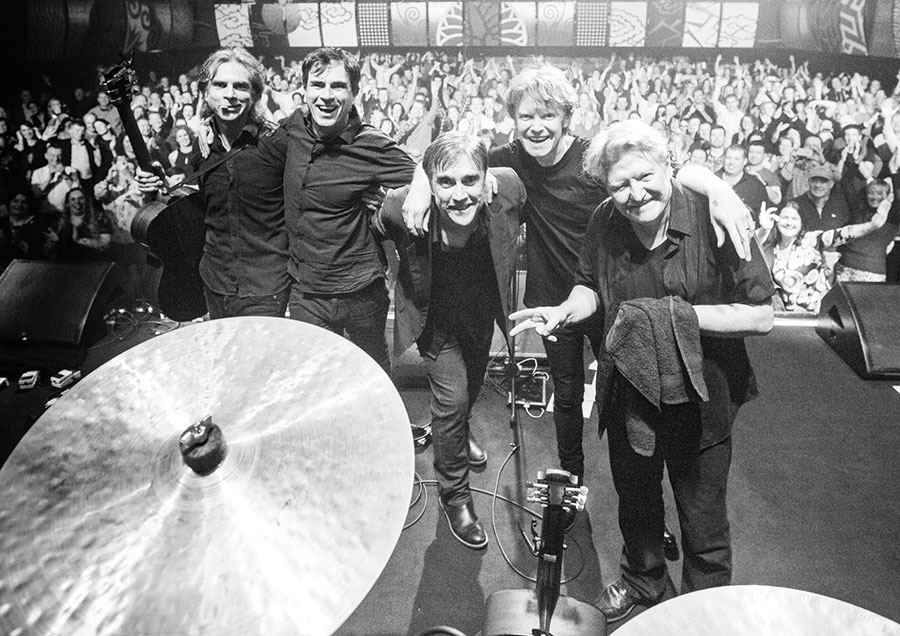 THE 4 OF US are one of the most acclaimed bands in Ireland, having been a steadfast part of Irish music history for 30 years. Blending contemporary roots with rock, the award- winning band was formed by brothers Brendan and Declan Murphy from the border town of Newry in Northern Ireland.

Their truly unique sound has garnered a large and loyal fan base and an enviable catalogue of timeless songs, including numerous Top 20 Irish charting albums and hit singles. Regulars on Irish radio playlists, their music has also been featured on American, UK, and Irish TV and film soundtracks.

THE 4 OF US shot to early fame towards the end of 1989 with their debut Songs for the Tempted, which featured the massive hits Mary and Drag My Bad Name Down.

They are currently enjoying more chart success with the chart topping Feile Classical The Live album and have just returned from a sold out UK tour with folk legends Fairport Convention.

Sugar Island, their latest critically acclaimed album explores the Murphy brothers’ early years growing up in a border town during the height of the troubles in Northern Ireland.